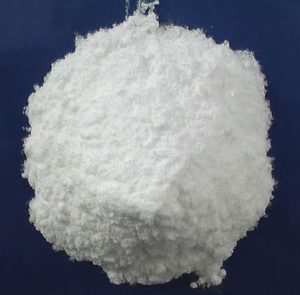 Sodium bicarbonate is a chemical compound with chemical Formula is

NaHCO3. It is one of the salts of sodium

In the following article, carbonate is used instead of sodium bicarbonate.

And the carbonate acid in the baking powder is divided into several parts.

During this process, carbon dioxide gas (CO2)  It is released, gas bubbles are formed and expanded

The chemical reaction is as follows:

The carbonate is used not only to make a dough, but also  use to clean dishes which burned in oven. For example, fill a  pot with a water and pour a packet of carbonate powder into it, and wait 10 minutes and see the pot immediately get clean. It also cleanse ketlle and another things like this

The lava reacts with water to the sodium hydroxide

. Therefore the solution, the basic properties and the properties of the detergent increases

If the teeth are cleaned with a powder (or carbonate) once a week, the teeth whiten

Adding it to legumes and vegetables makes it quicker to cook

The main characteristic of carbonate helps to increase cellulose content

Carbonate eliminates the unpleasant smell due to its original properties

Vegetables like cabbage and cauliflower are rich in sulfur, This sulfur creates an unpleasant smell when these vegetables are boiling. Adding a little bit of this powder will destroyed bad smells

Immediately after the insect bites, if it is covered with sodium, immediately itching and swelling are reduced.

In general, a mixture made with a spoon of carbon in half a liter of water is good for itching. Carbon water is also useful for areas exposed with sunburn and instantly reduces pain.

Carbonate is also used for heartburn

It reduces the acidity of the stomach and reduces stomach ache

This material is widely used among people to puff pastry –

it is a convenient solution for cleaning trays,pots and burning dishes in the oven.

It is also very easy to use

Sodium Bicarbonate reacts with water and acts as a detergent with basic properties.

This material is also used for easier cooking of beans. Adding a spoon of sodium carbonate for easy to cooke beans

The treatment is  for   breath bad smell and is also used in toilet, shoe, refrigerator

By rubbing to the skin, it will destroy the burning   skin which stinging by insects

If sodium bicarbonate is used instead of deodorant for hand and foot sweat, it will prevent breathing difficulties and bad odor.

In the case of burning by sun, sodium hydroxide is immediately applied to the area and reduces pain in the burning area.